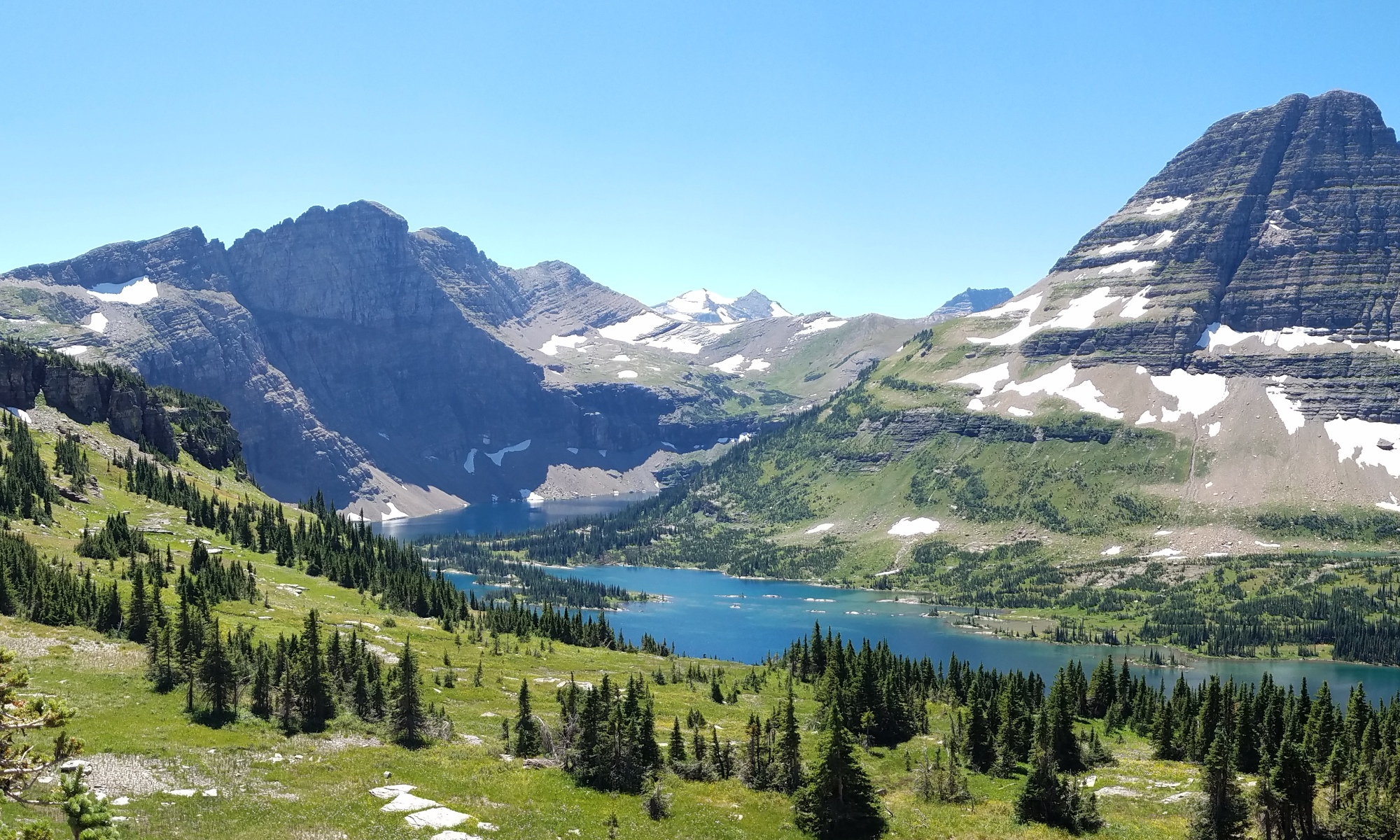 I’m having a stressful go of life at the moment. But I consider this a good stress, obviously juxtaposed with experiencing lousy stress.

I’m building a business to provide a need and service to my community, specifically the youth (more on this to be revealed shortly). I recently accepted a part-time teaching position at the high school I’ve been coaching improv at for the last four years. My wife is neck-deep in clinical rotations for her third year of medical school. I’m pushing myself in my teaching, exposure, and personal growth in improv by reaching out to perform and audition with as many troupes in the area as I can. I’m resigning from the management position of Random Tangent Improv to facilitate all of these changes.

Oh, and in a month I’ll be broke unless my dreams come true.

In my own words, I do with one-hundred percent sincerity describe this as good stress. Here’s why.

I’ve spent many years putting myself out there only to feel redirected, stopped short, or sidetracked. I thank my parents and my mentors for showing me how strong and powerful I can be, and I thank God for His everlasting mercies, love, and guidance. However, when I worked so hard in the past and had no financial or professional security to show for it, I became professional depressed, stunted, upset, and close-minded.

I excelled in school, both high school and college. I won prestigious awards in college for projects I either created or worked collaboratively on with others. I’ve successfully created beautiful relationships with most of the people I’ve met. Why then have I found virtually no support at all, along with a complete lack of reciprocation regarding my efforts?

Enter in the religious side of this argument.

I’ve always struggled with what appears to me as two opposing principles. The first is found in Proverbs 3:5-6 (there are multiple references across scripture addressing this concept, but I use these verses because they appear the most succinct for the comparison I’m making) which reads, “Trust in the Lord with all thine heart; and lean not unto thine own understanding. In all thy ways acknowledge him, and he shall direct thy paths.”

The second reference comes from the modern-day revelation of Joseph Smith, found in Doctrine & Covenants 58:26, which reads, “For behold, it is not meet that I should command in all things; for he that is compelled in all things, the same is a slothful and not a wise servant; wherefore he receiveth no reward.” (This verse is meant as if spoken from God Himself, as opposed to being the words of a man or woman.)

With these two scriptures in mind, when I look at the last twelve years I see lots of my efforts and attempts at life—which support the second verse—suddenly halted, changed, or rerouted through the direction of God’s Spirit without explanation or offer of a reward for the work I’d done.

Why would God seemingly punish me for taking an active and direct interest in the success and well-being of my life? Why would I be denied the blessings that apparently come from not being commanded in all things?

Then I started sulking and decided that I would rely on God for everything—per the commandment in the first verse. If He didn’t like what I was doing, then I would wait until He decided to share that information with me. I became depressed, uncertain, hesitant, confused, bewildered, unloved, and unappreciated. It’s no easy thing to spend close to a decade doing what you love, be recognized as competent and skilled, and have absolutely nothing to show for it in the end.

The wind was blown entirely out of my sails.

However, over the years, I have come to find a third “verse” of sorts that provides more clarity to the nature and somehow symbiotic relationship of the first two. This verse, though, isn’t from a scripture. This verse happened to me in a profound experience that I’d like to share with you.

I imagine this would have been six or seven years ago. It was evening, and I was having an exquisitely rough night. I’m not sure why I was all bent out of shape, but it was enough to put me in my car driving nowhere and for no reason which is not something I do. I can count on one hand the number of times I’ve done this in my life.

As I was driving, I was vocalizing my frustrations and emotions to God in prayer. “God, I’m miserable! Where can I go or what can I do not to be so miserable?! Grumble grumble groan grumble.” I demanded.

“I don’t want to go to Daybreak Lake! Rawr moan complain grumble,” I roared back.

But in the split second it took this conversation to happen I had to admit that God had responded to me incredibly fast, and He had answered my prayer. So, with that in mind, I ungratefully turned my car around and drove to the lake.

Now, this was like ten or eleven o’clock at night. It was early fall, so not too cold. As I drove up to the lake, parked, and walked down to the water, I found no one else. I preferred the solitude. I wanted to be miserable all by myself at this lake. I was glad God had sent me here because I enjoyed sitting at this lake at night. It’s a peaceful place.

I found my bench, sat down, and barked back to God, “Ok, I’m here! I’m going to sit on my bench and be miserable!”

God let me stew in my anguish for a moment when I had the impression to look over to my right, where another bench sat some twenty feet away. On this bench, sitting on the backrest, was a young woman staring off into the dark reflections on the lake looking as somber and sullen as me.

Talk to her, the Spirit commanded softly.

“Hell no! Bark groan grumble. I did what you said, and I’m here at the lake, and I’m going to sit here and be miserable!” I muttered back with venom.

Go over there and talk to her! The Spirit wasn’t relenting.

Guys, I sat on that bench and argued with God for almost thirty minutes until it felt like someone grabbed the front of my shirt, lifted me off the bench, dragged me over, and then sat me down next to this young woman.

I didn’t have a choice.

Now comes the miracle. I opened up the conversation, and surprisingly, she was happy to talk. The next two to three hours went by with the two of us—total strangers, mind you—consoling each other by listening and appreciating each other. It turns out, she was having just as difficult a time as I was. We both were hurting and needed someone to talk with.

I don’t even remember much of what we said to each other, but the Spirit stayed with me that whole encounter. I still find it incredible how willing we both were to share pretty intimate and personal details with this stranger sitting beside us.

Then just like that, we went our separate ways, both having healed a little of each other’s hearts. I got back in my car, she began the walk down the road to her apartment, and we both went to our homes.

Now comes the third verse. In the years since, I have learned that when opens oneself up to God, regardless of what it is, and God responds with a commandment or an action to take, we are given a choice. If we decline, God will take a step back and allow us to move forward as we can see. If we accept, then we are now operating on more terms than just our own. We are now on God’s time.

When I was in my car—angry and bitching and ready to light a fire somewhere else to alleviate my anguish—and I reached out to God, and then He so quickly and readily replied, by accepting his answer—didn’t matter what my emotional state was—I was now working under His direction.

This is why He literally moved me to talk to this young woman.

The principle is this. Since I have made the conscious decision to incorporate and allow God into my life, this means that I have given Him permission to work, make changes, and operate within those boundaries. All those years of not finding success in film were not unsuccessful.

It turns out He needed me to care for my mom after she was diagnosed with cancer.

Getting the commandment a few years ago to tell my stories didn’t necessarily mean to be a novelist although I have published one book.

It turns out He’s asking me for my vulnerability and sharing my heart and mind with others.

And finding myself strained by the seemingly opposite-natured scriptures (the first two verses I shared) just yesterday came to a magnificent revelation as I found myself on the heavenly throne of knowledge: The John.

I was once again feeling sorry for myself, beating myself up for making choices that I don’t believe to be following what He has shown me through my dreams, or commandments He has directed me to in scripture. Taking this job at the high school was an act of desperation. I feel more of an obligation and passion in getting this business started, and I believe there to be more of God’s will and intention to be found therein. But nothing has been started despite both sides being instigated and begun, so I have no proof that I’ve “made the wrong choice.”

For weird reasons, this is how I chose to feel yesterday. Life a failure, because that’s all my professional and financial past has shown me to be.

Then I brought to mind the vigorous courage and uproarious light that only the best things in life can bring. I said to myself, “Bryce! You are so quick to tell God you’re a failure when you haven’t even started. You’re telling Him that you’re not following His edicts and commandments when He hasn’t explicitly dictated them to you. You are still the agent of your own life, and you have nothing to lose by pursuing any of the best avenues available!

“Get that education! Get that experience! Use it for that which God intends you toward! If the year ends and you need to end with it, then by golly do so! But believe in yourself, dammit! Believe that God trusts you to live your life. Then think and draw from experience in those times He’s let you live and then lovingly redirected you to where He wants you to be because that is what you both want.

“God is responsible for Himself. He has stated that His words and will are His. It is not our job to prove God, but rather our responsibility to allow God room to prove Himself in our lives. Amazingly, God incorporates us into this display as often as He can. He will use us—and you—to show His miracles.

“So get started! Fulfill your will and follow through on the revealed part of God’s will that He has shown you. That’s it.”

I tell you guys. This was such a beautiful moment for me. I can say that all the personal, character, intimate, and self-improvement work of the last few years paid itself off if only for that moment.

The question is rarely “Why.” Most often, the question should be “What.”

“What am I going to about it?”

This. I am going to do this.